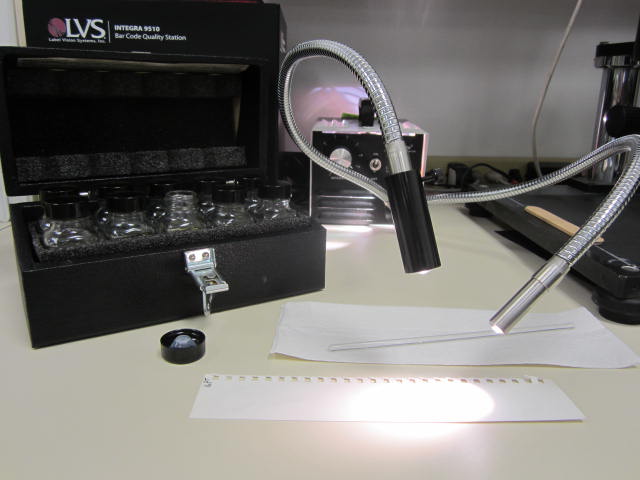 To view this document, you may need Adobe Reader or Adobe Acrobat.

Commonly known as the Kit test, this method describes a procedure for testing the degree of repellency and/or the antiwicking characteristics of paper or paperboard treated with fluorochemical sizing agents.  The test is run according to TAPPI Test Method T559. Fluorochemical agents may impart both organophobic and hydrophobic characteristics to paper through a reduction in the surface energy of the sheet. This is often done by a surface treatment of the fibers without the formation of continuous films.  This test was originally developed to allow papermakers to know when the applied fluorochemical was incorporated into the sheet and the approximate level of grease resistance imparted. Testing involves placing a series of numbered reagents (varying in surface tension and viscosity or “aggressiveness”) onto the surface of the sample.  The solutions are numbered from 1 (the least aggressive) to 12 (the most aggressive).  The highest numbered solution that does not stain the surface is reported as the “kit rating.”